CHICAGO and HOUSTON, May 21, 2019 /PRNewswire/ -- VillageMD, a leading national provider of primary care, today announced it hired Erin Page as president of the Texas region. Page will oversee VillageMD's continued growth and expansion in Texas and is based in Houston.

Prior to VillageMD, Page was president of Medicare at Universal American, which was sold to WellCare Health Plans. Page has extensive experience in the healthcare industry, notably with her expertise in Medicare – she developed and launched a Medicare Advantage Plan in partnership with two Independent Physician Associations (IPA) in Houston while at Heritage Health System. The plan, Texan Plus, grew to the largest Medicare Advantage plan in the market. Universal American acquired this plan, which is when Page served as senior vice president of new market development and operations. In 2012, Page launched Collaborative Health Systems, a wholly-owned subsidiary of Universal American that was focused on the Medicare Accountable Care Organizations (ACO). In three years, more than 25 ACOs were developed and launched across multiple states, including Texas.

"We're thrilled to welcome Erin to our VillageMD team to grow our footprint in the Texas region," said Tim Barry, CEO of VillageMD. "Erin is highly respected among physicians and hospital management in the Houston market and we're confident she'll make an immediate impact for us."

Page will oversee a team of more than 300 people, including primary care physicians, in the Texas region that work with VillageMD.

To read this release on PR Newswire, click here. 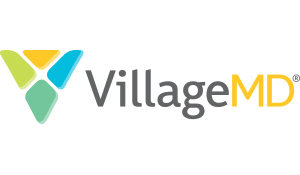